skip to main | skip to sidebar

on the origins of equity (a meditation on hegel’s phenomenology of spirit, iv.a) 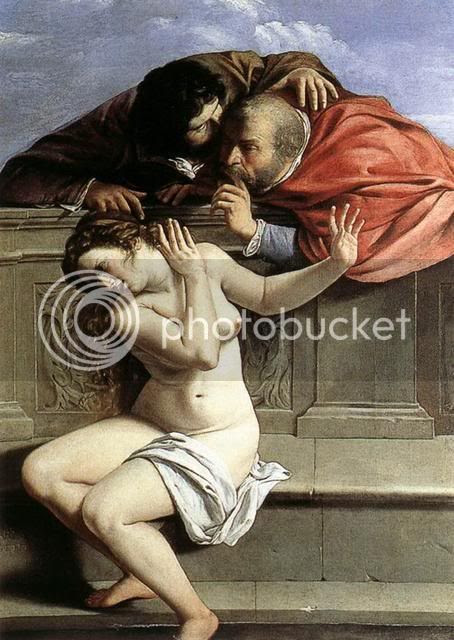 Artimisia Gentileschi, "Susanna and the Elders" (1610)

the first experience of equality is the experience of violation. it is awakening from a dream where forces of which one is not conscious play about at their whim. awakening with a gasp, screaming, sobbing, in the night, in the bed of a stranger you thought you knew, but upon whom your eyes gaze now for only the first time

with violation there is for the first time an assertion against belongingness – belonging-to is not responsibility-to but ownedness: engulfment, a form of suicide where one has not simply given over one's will and body to another, but has annihilated the will so that the body is not one's own.

in violation, the first experience of equity, one stakes one's claim, forging the self as the labor of one's own hands. the gathering of forces which, however overpowered, are for the first time real in their desecration. violated, one gathers up the shards of self and tries to make sense.

of course we know that it never really was, but nonetheless, liberals are typically more sly about it. i have lost count of how many times these "liberal" yankees have told me how intolerable it would be for them if they had to live in the socially backwards south, but who don't lose sleep as the supreme court of the state of connecticut repeatedly instructs the city of hartford (*ahem* state capital) to desegregate their schools. not to mention how many connecticut cities drug their feet and openly resisted the idea of a martin luther king jr. holiday. but enough of that little rant...

i have to say, when even democratic cartoonists are painting clinton and her supporters as man-hating, it is hard to imagine her winning the overall election. other than the stereotypes of the mis-andrist t.v. viewers (i.e., women who do not conform to societal canon of feminine beauty and are unable to keep/attract a man), one can also note the angry sneer on clinton's face.


Meanwhile from someone who is typically one of my favorite political cartoonists (I love the little guy who adds commentary), evidence that China bashing is totally chic at the moment...oh, and a swipe at Confucius while we are at it.

"...memory is also of central importance for any theory of history and society as a category of resistance..."
-Johann Baptist Metz, Faith in History and Society (1977) 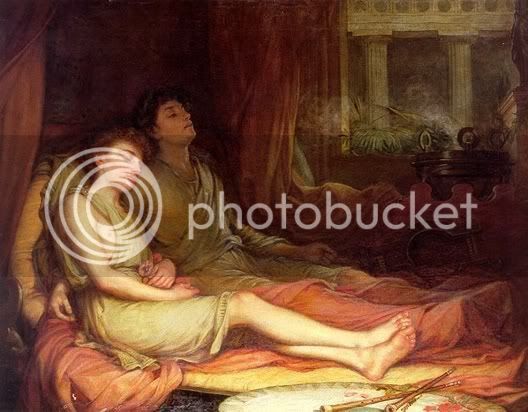 and i stood and watched in horror as snow fell upward
and no one cared.

their blood stopped flowing
but they walked on

words stopped meaning
but they continued to talk

history stopped moving
and everyone forgot

the cola wars come to pan-arabia

while this post is meant to be enjoyable and fun, it is nonetheless important not to forget that the fight for control of the middle east is not only about oil. the primary american export is "culture". by this we usually mean american film and american music, etc., but the flow of american products into the middle east also includes coke and pepsi.

in an earlier post i have already pointed out (see "nancy ajram: life in the circus") the large stake that coca-cola has placed in nancy ajram trying to help the sales of coke in market that is dominated by pepsi. coke has been a large sponsor of her videos and spun the videos directly into commericials. here we see another example. notice the more traditional nancy ajram storyline-style video has been replaced by a sea of red and her name in large letters using the coca-cola font (and indeed in the commericial version it says 'coke' not 'nancy'). the song is no less enjoyable for its use as a marketing tool. sit back and enjoy "oul tany keda" and its accompanying commerical.

the carnival of the arts

Well I think my interest in art, in various forms, is fairly well attested on this blog, so just for fun I present to you, for your pleasure, The Carnival of the Arts.

In case some of you have forgotten there was this little show called the Sopranos that spent several seasons on HBO and ended last month. I believe I was one of only 3 people in the English speaking world who did not watch the show, but even I heard the controversy that followed the final episode (any show that ends with music from Journey gets my vote. I am child of the 80s). With that in mind, Rickey Henderson presents Rickey's Obligatory Sopranos Post posted at Riding with Rickey. He provides a thoughtful review of the final episode.

Conan Stevens presents Powerkids Movie posted at Conan Stevens Online. Here the author reflects on how he got into the Thai film industry and tells about his role in a "new movie about to be released in Asian Cinema and US DVD".

Sarakastic presents The Modern Master Bedroom posted at Home Decorating Princess. This particular post is simply one example of a number of posts in Sara's blog that deal with interior design and providing what are usually very simple ideas about how to improve the aesthetics of a home. I encourage those do-it-yourselfers out there, who clearly have more energy than I do, to check out her blog.

Mark Cutler presents Voices of Design: Scott Flax posted at Mark Cutler Design, saying, "I hope you like this posting I did of an interview with Scott Flax, an architectural colorist". Culter is himself a well established architect with some pretty high profile work to his credit. His discussion here with Scott Flax on coordination of color with space and function is fascinating. And who knew there was such a thing as a professional colorist?!

So, I am sure that there are many persons other than She waiting for the final installment of Harry Potter to arrive this weekend. In the meantime I will point you towards a couple other reading options.

Aspeth presents A Review of The Professor and the Madman posted at Twelve Years Of Being Annoyed By Chloe Sevigny, calling the novel "Perhaps the best novel I've read this year. I would have easily passed this one by had a friend not wholeheartedly recommended it." The post provides a thorough and thoughtful review.

First of all let me just tell you, there is such a thing as Christian Chick Lit. Now that you have processed that bit of information, I can tell you that Camy Tang is the queen of CCL bloggers. She is on the verge of being a twice published writer herself (Sushi for One, anyone?), but she also has interviews and bookgiveaways from other CCL-ers. There were a lot of choices but I decided to link to her interview with Jenny Jones concerning Jones's debut called In Between.

I think we all know this is the area closest to my heart, and I will refer you my own posts on Han-Wu Shen. But there are other people out there painting.

Among those persons is Susan Borgas who presents her own work entitled Water's Path - Willochra Creek posted at Arts & Stuff. She says "My work as an realist artist promotes the Flinders Ranges and I hope that viewers of my work will consider visiting this region. There is nothing like sitting under a gum tree with a cool drink in one hand and a camera or drawing tool in another along with some flies for company. What more can anyone want!"

Henk ter Heide presents Stained Glass Window posted at See me draw. His blog is a collection of numerous sketches and this is his most recent post. He says that it does not have any religious significance, but a stained glass window of a tree with apples fallen around it...maybe its just me but I think I could get a lot of theological mileage out of that.

If you have never followed the link in my sidebar to Umm Ibrahim's blog, With One Eye, you are not only missing out on a very interesting woman, but a very talented artist and photographer. And I am not the only one who thinks so since her work has been put on show in France recently. Go over and check it out. I provide one example, that accompanies her post entitled Simplicity?


And now for a bit of fun. Kilroy_60 presents The Power In The Eye of the Beholder posted at Fear And Loathing - The Gonzo Papers. Follow the link and let Kilroy bring out your inner-Jackson-Pollock.

Samir Bharadwaj presents Rediscover The Pure Pleasure Of Paper Crafts And Pop Up Cards posted at SamirBharadwaj.com. Samir walks the viewer through the steps of designing this elaborate little paper sculpture and shares the rather beautiful result of his own work. Enjoy.

Meanwhile, Lori Greenberg provides us with An Introduction to Polymer Clay over at her blog, BeadNerd. Here she introduces us to some rather remarkable jewelry designs and provides further links to the artists.


in order to read well, one must be a generous reader. to read with charity is not to forgive all wrongs, or to overlook failings, but instead to actually experience where the failings are: i.e., where the author has genuinely failed to accomplish the task which they undertook and why that task was important. the miserly reader sees only the extent to which the writer did not carry out the task which the reader wished to see accomplished. in this manner the reader locks the book shut in the very act of opening its cover. this is a moral failing.

...of which i have been more-than-once guilty. 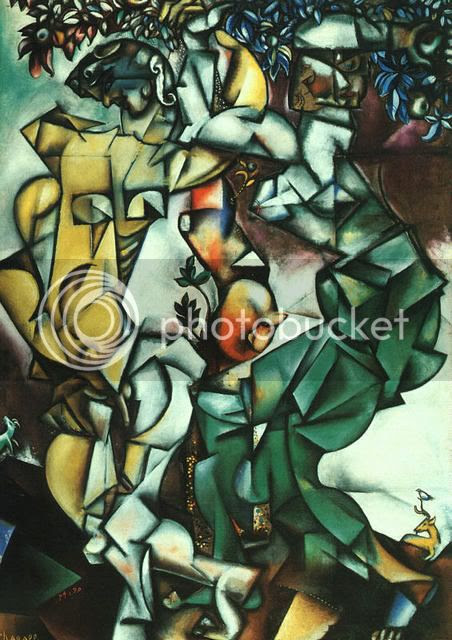 If we desire Peace, then we must somehow surpass the brokenness of the present. But the path beyond is not an arbitrary one, nor is it chosen in a kind of unrestricted freedom: no decision is ever made solely in the moment. History gave us birth, and it is out of that inheritance that the possibilities for action are given to us. To ignore this is not merely a self-defeating turning against oneself, it is a heretical declaration that one is absolute in their sovereignty. There is no future without recovery of the past. But likewise, History reveals that we never act alone. Not only must we act in partnership with those with whom we journey now. The pursuit of Peace is also undertaken in communion with those who have gone before us, who we must never forget because they too still desire Peace. The struggle now always models itself on those who were faithful in the struggle before.


Most merciful God,
we confess that we have sinned against you
in thought, word, and deed,
by what we have done,
and by what we have left undone.
We have not loved you with our whole heart;
we have not loved our neighbors as ourselves.
We are truly sorry and we humbly repent.
For the sake of thy Son Jesus Christ,
have mercy on us and forgive us;
that we may delight in thy will,
and walk in thy ways,
to the glory of thy Name. Amen.

from the Penetential Order of the Latin Rite
Posted by Lawrence of Arabia at 10:49 2 comments:

now rated for your convenience

according to the site that issued the rating, i say 'shit' alot and discuss sexuality and violence in a graphic manner. consider yourself warned.

best wishes,
LoA.
Posted by Lawrence of Arabia at 00:47 4 comments:

dorothy day: we are un-american; we are catholic 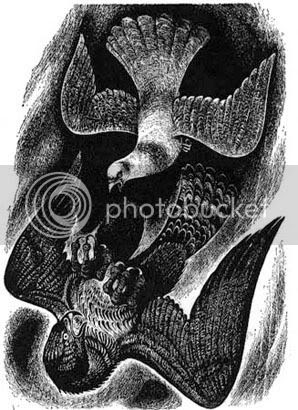 "What would we advocate? Wholesale disloyalty to Americanism. Wholesale refusal to fight. Wholesale withdrawal of labor (a general strike) from all industries that further the war effort. We would urge a mighty band of Catholic Conscientious Objectors who will refuse induction, who will follow Jesus of Nazareth, Prince of Peace, in the way of non-violence, in love for all mankind!"

Lawrence of Arabia
...nothing can be beautiful which is not also true.